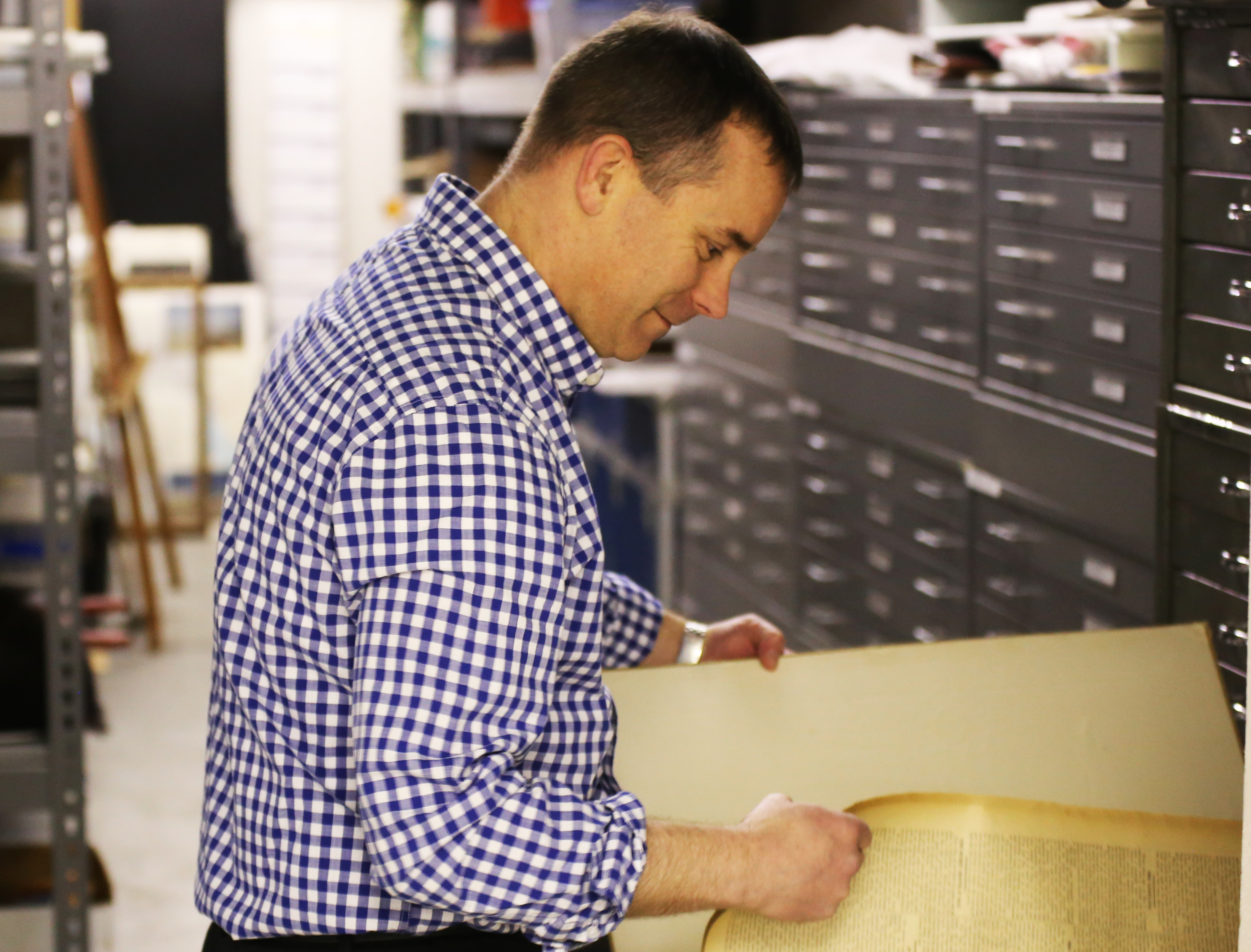 As the Washington National Guard approaches the 170th anniversary of service to the state and nation, the story of where we have been and how we have responded in the past is more important than ever. History can give leaders a clear picture of where to take the organization following a call up, a disaster or even how to respond to a situation.

“I believe that history can help us know what is going to happen next. History often repeats itself,” said newly hired command historian Dr. Jim Perrin.

A colonel in the Washington Army National Guard and current commander of the 81st Stryker Brigade Combat Team, Perrin has been a scholar in the field of history since earning his Bachelor of Arts in history from Cornell University before joining the active Army.

“After coming off active duty, I flirted with the idea of becoming a lawyer, and was ready to take the LSAT (Law School Admission Test),” said Perrin. “I was pulled into the office of one of the partners and she proceeded to tell me what was wrong with the profession and suggested I find something that I was passionate about.”

That conversation led to Perrin switching his focus from law to history and specifically military history. In 2004 he earned his Master of Arts in history from Villanova University and after multiple deployments and overseas assignments with the Washington National Guard, Perrin completed his Doctor of Philosophy in History from Ohio State University. He focused his dissertation on logistics of the revolutionary war through the War of 1812.

“I have always been fascinated by military history. I was surrounded by it, my dad and brothers loved the history and my grandfather served in World War II as a battalion commander in Okinawa, so I have always been interested in it,” said Perrin.

“I look at history as a bunch of little puzzles that need to be solved,” said Perrin. “Like our museum, we have a lot of little pieces but now we have to figure out how it goes together to tell the story of the Washington National Guard”