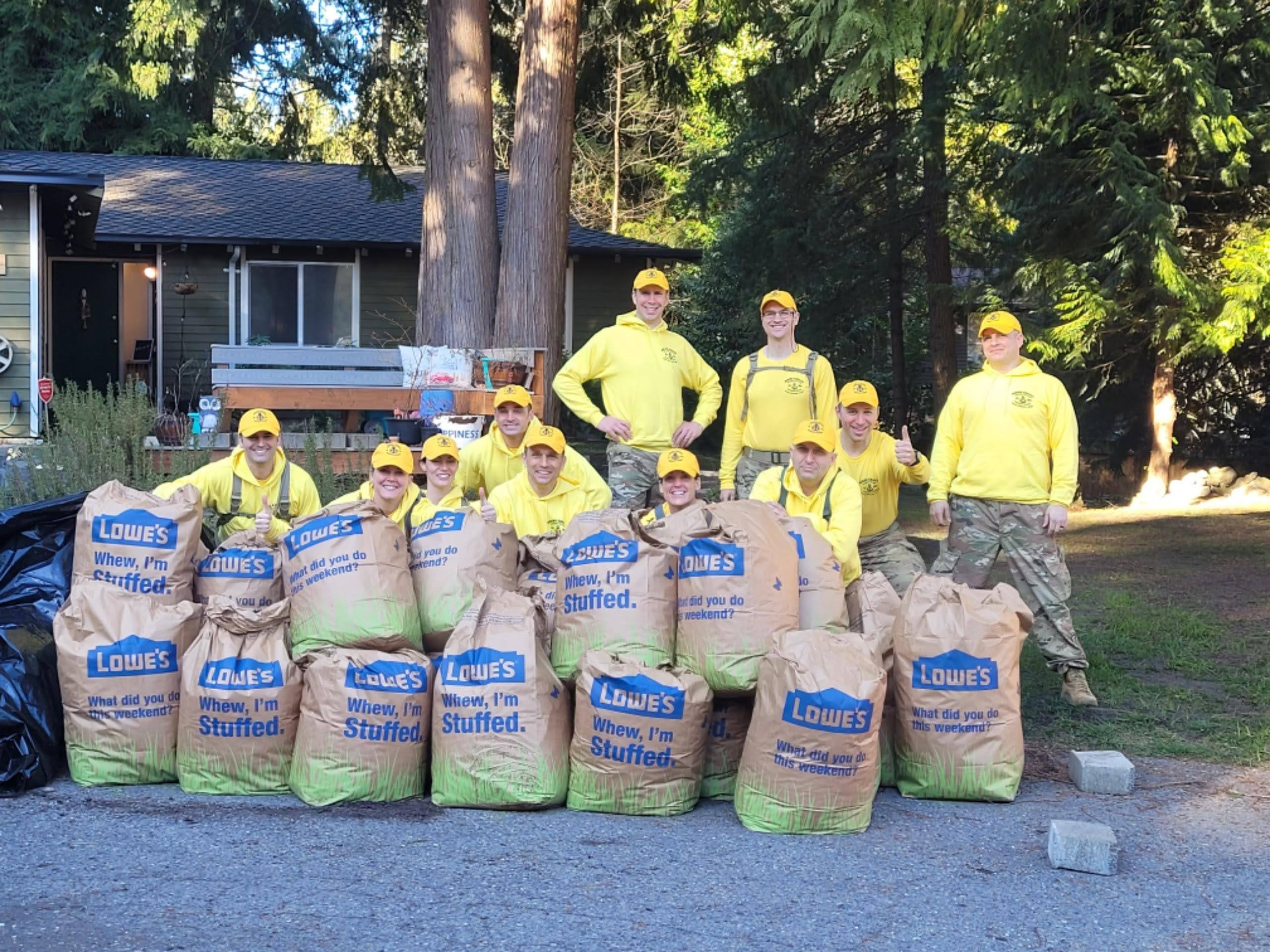 “I knew Staff Sgt. Jon Yette from serving together for years in the 176th Engineer Company. We deployed to Thailand and Iraq together and we were all there for Jon when he got sick,” said Schuldt.

Yette, a vertical engineer with the 176th was diagnosed with cancer in 2019. After a two and half year battle, he died in November 2021.

“Jon was the epitome of the ‘soldier-centric non-Commissioned officer,’ spending his entire National Guard career leading from the front, training, mentoring and taking care of all the soldiers he served with,” said Schuldt. “Jon battled cancer with the same tenacity with which he advocated for his soldiers.”

Before passing, the unit leadership visited Yette, providing meals and assistance. Yette had one final favor before he died.

“There was a tree between his house and the neighbors. He said it needed to come down because it would fall into one of the two homes someday,” said Schuldt.

The unit worked with the Snohomish local Veterans of Foreign Wars post to remove the large tree that was threatening the homes. They worked with a local tree service to remove the tree and unit members were able to split the wood and distribute back to the VFW, which sold it. All the money raised was donated to Yette’s daughter’s college fund.

“I knew there was still a lot of work that needed to be done to clean up the area, so I got in touch with Jon’s wife Nicole and asked what can we do to help,” said Schuldt. “She asked if we could remove the stump from the tree, clean up the area and get the girls their zip line in the yard back up, so I made my pitch to our group.”

The Warrant Officer Candidate School requires each class to identify, plan and execute a community project to graduate to the final phase of their training.

“We had three projects that were on the table and in the end we wanted to help out a former Guard member’s family,” said Schuldt.

During their March 2022 drill, the 11 candidates, along with multiple volunteer organizations and community members in the Snohomish area, removed the large tree stump and cleaned up the yard to provide the girls with more space to play, all at no cost to the Yette family. Class members filled and removed 50 bags of stump debris, spread four yards of soil on the back and front yards, stacked firewood under dry cover, cleaned out all of the flower beds, rehung the girls’ zip line, and built some small planters.

“Supporting Guardsmen and their families is truly a community endeavor, and we are grateful to have been allowed to play a part in serving the Yette family,” said Schuldt. “There was no better way to honor a soldier whose guiding principles were hard work and soldier care.”