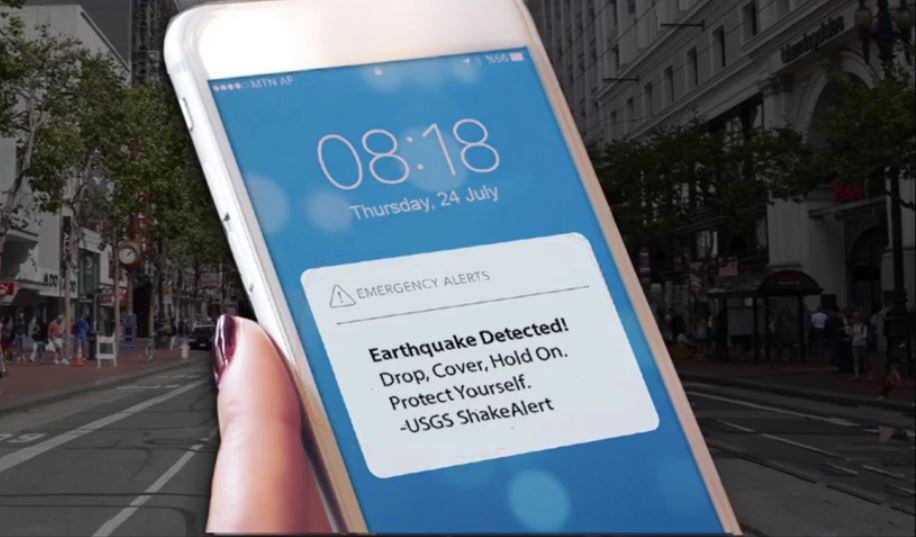 Opt In for this Thursday’s WEA test in Pierce, King, Thurston counties

NOTE: Looking for information on the Aug. 11, 2021 NATIONAL WEA Test? Here is how to opt in there: https://mil.wa.gov/wea-test

CAMP MURRAY, WASH. – Residents in King, Pierce and Thurston counties have a chance to test out the state’s emerging ShakeAlert® Earthquake Early Warning system this Thursday by opting into a Wireless Emergency Alert (WEA) test.

The demonstration will be done at 11 a.m., Feb. 25. To receive the test message, you need to be physically located in King, Pierce or Thurston counties, have a WEA 2.0 or 3.0 capable device that is powered on and have OPTED IN to receive WEA test messages.

For Apple iPhones, you will need to Dial *5005*25371# and tap the call button. You’ll get an alert that says, “Test Alerts Enabled.” For newer Android devices, opting into WEA test messages may vary. It’s recommended you use the search function in the Settings app to find Emergency Alerts. You can find some instructional videos and more details at mil.wa.gov/alerts.

This month marks the 20th anniversary of the M 6.8 Nisqually earthquake. Had the Earthquake Early Warning system been in place at the time, models show those in Seattle on Feb. 28, 2001 may have received about a 10-second warning before shaking arrived at their location. This doesn't sound like much time, but it's more than enough warning to take protective actions such as drop, cover and hold on.

The EEW system is expected to be live in Washington state in May and will include the ability to issue a ShakeAlert® Message via alert distribution partners such as Wireless Emergency Alerts to areas that could feel weak or greater shaking. This includes the capability for users to download third party apps that are powered by ShakeAlert®.

Those who participate in the test are invited to take this participation survey  created jointly by the state’s Emergency Management Division, the Joint Centre for Disaster Research at Massey University in New Zealand and the U.S. Geological Survey.

You can also sign up here to join a virtual WEA watch party between 10:30 and 11:15 a.m., Feb. 25. At this virtual event, facilitated by ShakeAlert® scientists and educators, you will have the opportunity to learn more about ShakeAlert®, participate in the WEA test and contribute feedback and citizen-science data that will help improve future alert delivery.

There will not be a similar demonstration using the Emergency Alert System on television or radio. Since this will be the first time this test is performed, agencies are starting with a smaller group of counties rather than a statewide test. This test is only for wireless devices, where it will make a distinctive notification sound and the message will pop up in a text window on the screen.

ShakeAlert® is not earthquake prediction. The alert system detects earthquakes and rapidly estimates the shaking they will create. The system will also have the potential to automatically close water valves to protect water supplies, lift fire station doors so first responders can get vehicles and equipment out, slow down trains so they don’t derail and even warn hospitals to halt surgeries, among many other capabilities.

Once the ShakeAlert® system is operational in Washington, the USGS and its university and state partners will still have work to do to test the system and finish building the seismic network, which is now more than 60% complete and projected for full completion in Washington in late 2025.

For more on the state’s WEA Test, visit https://mil.wa.gov/alerts

For more on how Earthquake Early Warning will work in Washington state, visit https://www.pnsn.org/pnsn-data-products/earthquake-early-warning

For more on ShakeAlert, visit https://www.shakealert.org/

Links to Videos and Graphics

What should you do after getting an Earthquake Early Warning notification?

How does ShakeAlert work?