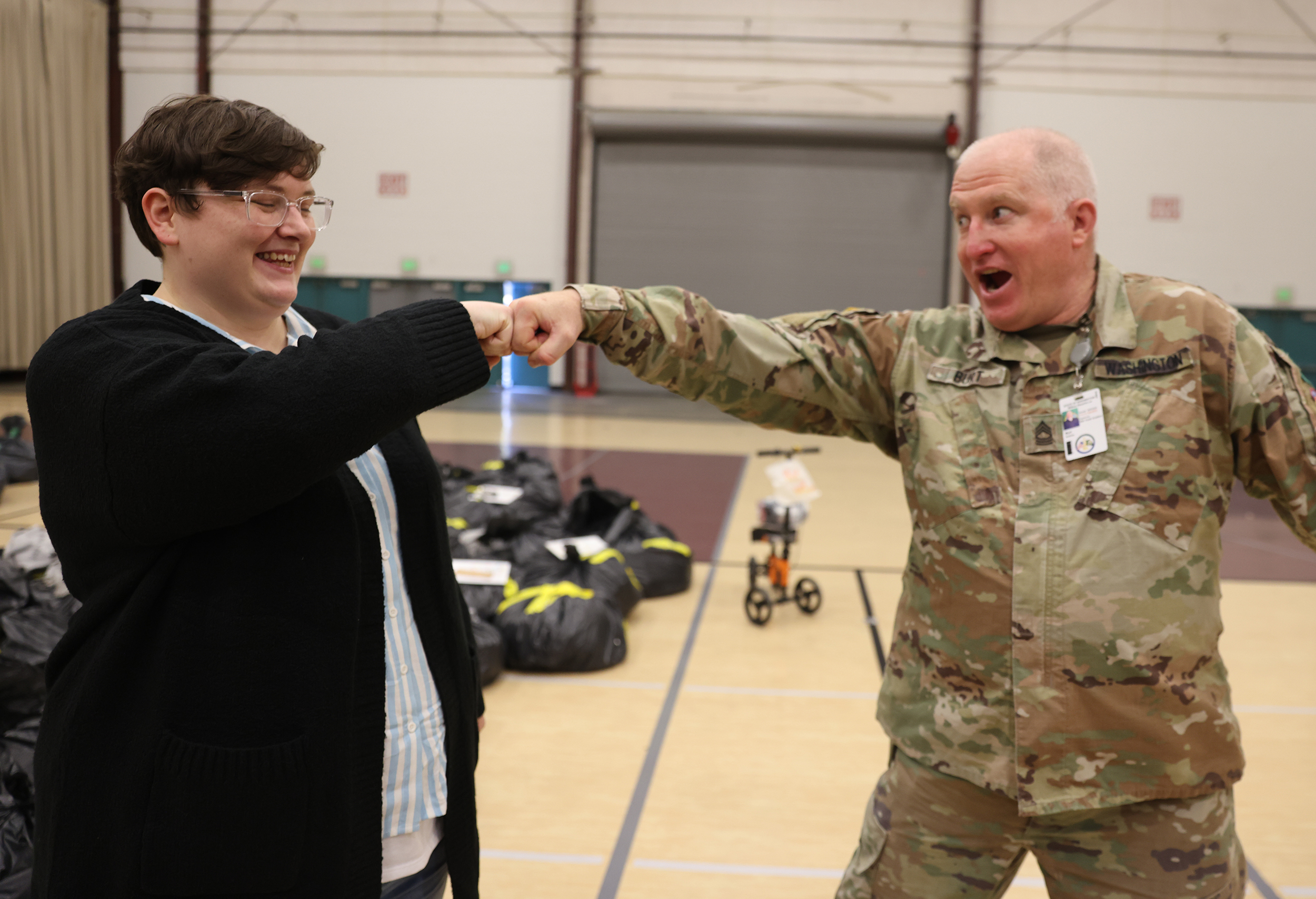 Life's journey took Moore from WYCA to being a mechanic

Journi Moore says as a kid she liked playing with games and puzzles. The act of ferreting out the problem gave her focus. So, in a way, it makes sense she fell in love fixing big diesel trucks and is now making that her career. But, excuse the pun, it was a journey for Journi to get there and it went through the Washington Youth ChalleNge Academy in Bremerton.

“I’ve always wanted to be a mechanic,” Moore said. “I have literally always known I wanted to work with my hands and I didn’t want to work in an office and be bored all day.”

Moore speaks during graduation in December 2022.

Moore was recently brought back to the academy to serve as the graduate speaker and to tell her story to this cycle’s crop of 142 graduates. Moore was 16 when she graduated from the academy in 2012. Today, she’s 26.

“It definitely makes me feel like if my younger self could see me now, she would be super proud of me,” she said.

Moore grew up in Everett and eventually graduated from Jackson High School in Mill Creek. She said apathy led her to missing credits and needing to make them up at the Youth Academy.

16-year-old Journi Moore as a cadet.

“The thing about the academy is that it really works, and proof of that is standing in front of you right now,” Moore told the graduating cadets. “One of the most helpful and important things I learned at the academy was self-discipline. After graduating from the WYCA, I went on to graduate high school on time in 2014, which wouldn’t have been possible without the credits I earned at the WYCA.”

Moore said after high school, started doing oil changes with her dad and discovered she really enjoyed working on cars. In 2018, she enrolled in a job corps program in the Yakima area, where she discovered she was actually pretty good at repairing big diesel engines.

“I like working with my hands,” she told her college in a promotional video. “Honestly, I just like seeing people’s faces when they realize a woman just repaired their truck. I love it. I don’t want to do anything else.”

She earned a pre-apprenticeship certificate in heavy equipment repair, her driver’s license and many certifications that later helped her immensely with finding employment. She managed to get scholarships to fully cover her education from Lake Washington Institute of Technology. In March of 2023, she expects to get her associate degree and she already has a job lined up with the Dobbs Truck Group. She’ll be the first in her family to get a degree.

“I went from a difficult childhood to the WYCA, and from there I learned the struggle of young adult life but used that struggle as motivation to get myself up that mountain and now I’m working as an apprentice diesel technician at Dobbs Peterbilt in Seattle, months ahead of graduating with my diploma in diesel and heavy equipment technology,” Moore told the cadet graduates. “Had anyone told me I accomplished all of that in just 10 years, I’d think they were insane. At 16, scared but determined to get through the 22-week residential phase at the WYCA, I acquired the skills I needed to get this far. Through all the struggles and bumps in the road. All those chapters in the book that is my life so far were because the academy taught me to move past my fears and make life better for myself.”

Moore is one of the 3,410 graduates of the Youth Academy to date and she encourages anyone on the fence to attend to ask questions and commit themselves to attending the program.

“Push yourself to apply,” she said. “Don’t let your life’s drama get in the way of making yourself better. Don’t let it hold you back. Just stay focused.”