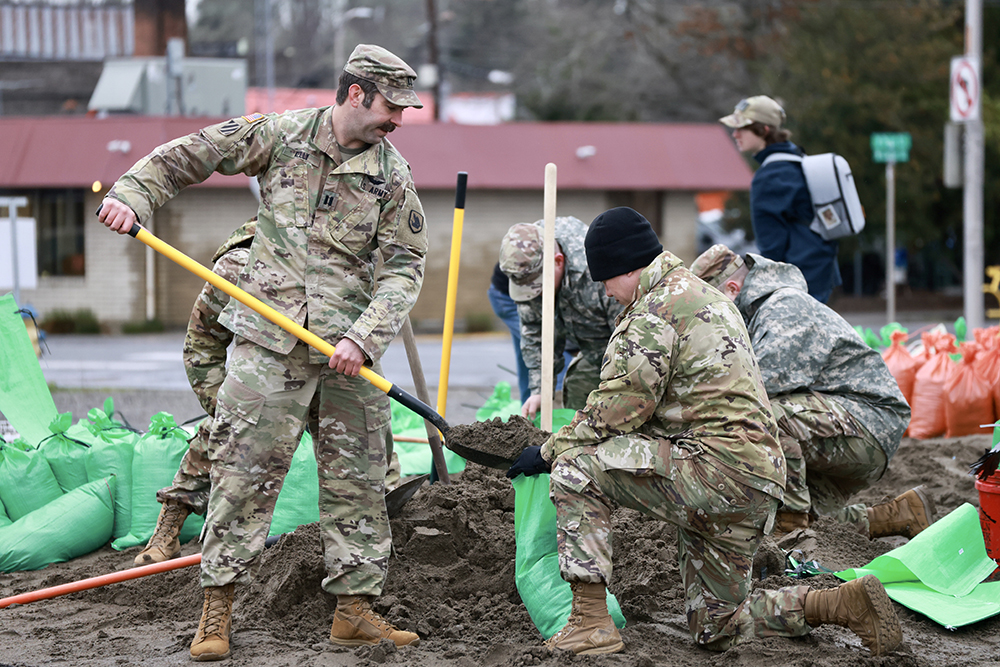 The Jan. 7 mobilization marks the second time the Guard has responded to flooding this season.

“Our Guard members know that when a disaster happens, they are needed, and our folks arrived in Lewis County quickly in order to help save lives and mitigate any more property damage in the area,” said Maj. Gen. Bret Daugherty, the adjutant general. “They went right to work and accomplished that mission.”

Rivers in Lewis and Thurston County rose to record levels overnight. By morning, authorities had closed parts of Interstate 5 and many of the main roads in the county.

Daugherty activated members of the National Guard under the immediate response authority, which allows local commanders to take action to save lives, prevent human suffering or mitigate great property damage in a situation of urgency.

“We knew in talking with the governor that a proclamation was coming but having a chance to get our folks on the ground right away was critical,” Daugherty said.

Guard members supported the city of Centralia by performing sandbagging operations with the city, conservation corps and Army Corps of Engineers. By the end of the evening, rivers had receded faster than expected and the interstate and roads reopened.

This was the second time since Thanksgiving that the National Guard activated members to respond to flooding. Days after the holiday, 40 members deployed to Everson, a small community in Whatcom County hit with heavy rain and melting snow from the Cascade Mountains.