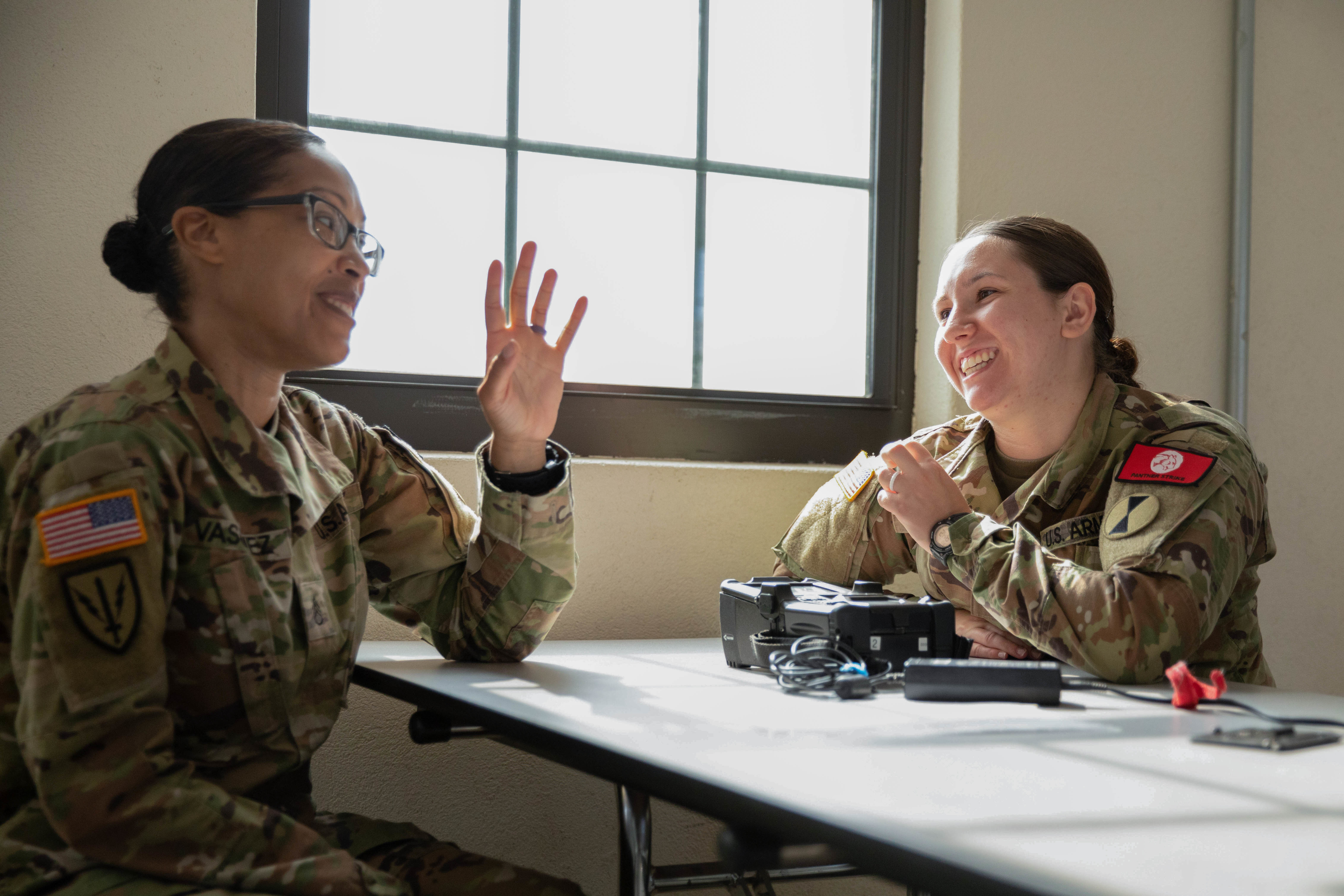 After a year hiatus due to the COVID-19 pandemic, the intelligence professionals of the 341st Military Intelligence Battalion and Delta Company 898th Brigade Engineer Battalion returned to Camp Williams, Utah for their annual training and evaluation exercise, Panther Strike.

Panther Strike is an elite military intelligence exercise organized by the 300th Military Intelligence Brigade designed to provide all-source training to counter hybrid threats, increase lethality, enhance readiness, and strengthen international partnerships. It is also the largest intelligence exercise in the Army, averaging 800 participants from multiple countries annually. This year the 341st hosted the exercise, which meant the unit participated in the training while also being in charge of the administrative and logistical needs for the exercise.

“The 341st has been one of our most impactful units in terms of retaining qualified Guardsmen, and exercises like Panther Strike help with keeping a winning team strong,” said Brig. Gen. Dan Dent, Commanding General of the Washington Army National Guard. “When our intelligence professionals feel as what they are doing is relevant to our mission, they are more opt to stay on the team.”

For 10 years, Panther Strike has set the standard for military intelligence training for the U.S. Army, focusing heavily on the skills associated with counterintelligence, human intelligence, geospatial, all-source and signal intelligence. For soldiers of the 341st MI, Panther Strike not only met their training requirements for the intelligence skill set, but was a soldier first exercise where soldiers practice troop leading procedures, convoy movement, military decision making process and develop their leadership skills.

“Panther Strike ensured our soldiers are ready to work as teams to build the intelligence picture that drives operations,” said LTC Casey De Groof, commander of the 341st Military Intelligence Battalion. “It stressed them with practical application of their skills and prepared them for the next generation of complex and hybrid warfare.”

The 341st is preparing for multiple deployments in the next two fiscal years, and De Groof believes that utilizing exercises like Panther Strike are important to leverage in preparing intel teams for mobilizations around the globe.

“As these soldiers prepare for future deployments, we want to provide them with the best training opportunities available,” said Dent. “Panther Strike as well as other exercises and courses are part of that overall building on the fundamental basics our intelligence professionals possess and readying them for the missions they will be supporting.”