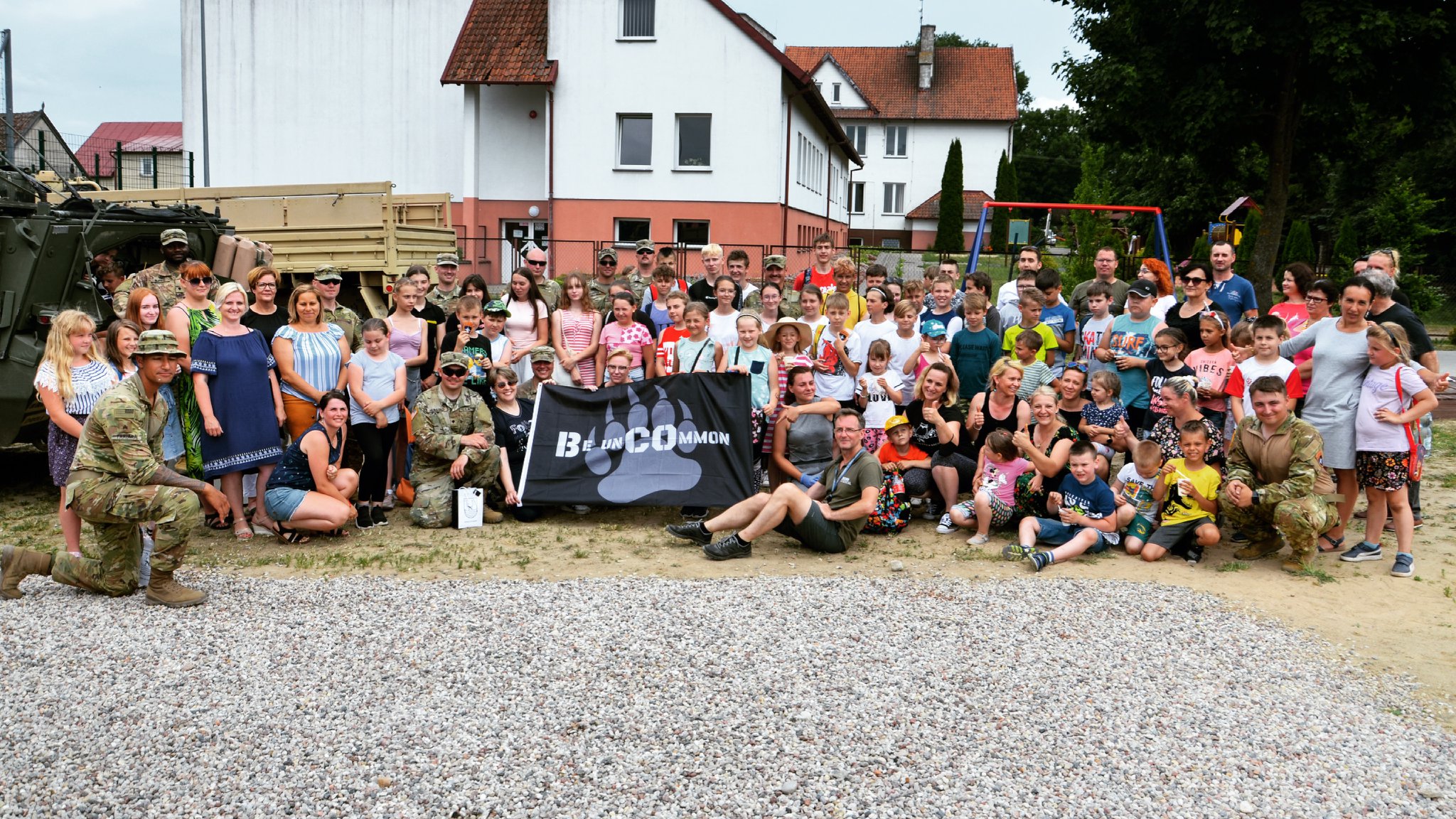 Building trust with those you serve – no matter their age – is a critical component of a successful mission. Recently, Washington National Guard soldiers who are currently deployed in Poland spent time with students at schools in Bemowo Piskie and Gmina Wydminy, sharing stories and learning about each other’s cultures.

“Having the opportunity to show support for our local hosts by joining our NATO allies for the event at General Jozef Bema Primary School was an incredible experience,” said Sgt. Dylan Landon, a team leader with Bravo Company, 3rd Battalion, 161st Infantry Regiment. “I’m grateful that I was able to make connections with the citizens of Bemowo Piskie.”

More than 800 Guardsmen are currently deployed to Poland as part of a NATO mission, Enhanced Forward Presence Battle Group Poland, an allied-force defense and deterrence military mission in North and Central Europe with a focus to protect NATO's eastern European allies. Part of the mission is connecting with the local communities, building relationships and transparency among the citizens.

Soldiers that visited the General Jozef Bema Primary School in Bemowo Piskie took part in traditional polish dancing and played volleyball with the students. At the Gmina Wydminy School, Guardsmen set up static displays and gave the kids a chance to climb in a Stryker, learn about weapon systems and ask questions about the National Guard. The community shared a meal with Guardsmen, as well as played a competitive game of soccer, which ended in a 15-0 win for the Polish students.

“I hope that more events for recreation and charitable work with the local community arise so the other members of our Battle Group can experience the hospitality and kindness that I saw,” said Landon. “My friends and I are excited for any ideas that our local friends come up with to interact with the community or to help in the area.”